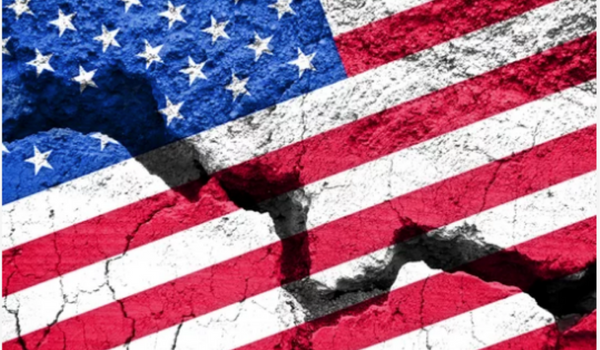 Posted by Sharon Wells on Nov 2022

As the United States holds its mid-term elections, abortion, inflation, and healthcare have emerged as the key areas of contention. The Democratic Party has been focusing on matters of abortion and healthcare, especially concerning the Roe vs. Wade ruling and the effects of COVID-19 on the healthcare sector. This comes as the Republicans have been dominating discussions regarding the state of the economy and President Joe Biden's perceived failure to cushion Americans against the financial after-shocks of the pandemic.

Former Presidents Barack Obama and Donald Trump have also hit the campaign trail to rally people behind their parties. Trump is buoyed by the fact that a Republican Party's one net gain will create a 50-50 Senate, despite the Democratic Party's eight-seat advantage. A move in either direction will considerably affect the future of legislation in the United States. Obama is expected to campaign in Atlanta, Detroit, Milwaukee, and Las Vegas prior to election day. Trump has already campaigned in areas such as northeastern Pennsylvania, Nevada, and Utah.

Let's now take a look at some of the mid-term election highlights by state.

On Tuesday, October 18, Secretary of State Katie Hobbs revealed that 6000 voters had been erroneously flagged as lacking necessary citizenship documentation. Her statement showed that the voters only received federal election ballot papers, with 1000 being locked out of local elections. The governor race (between Democrat Katie Hobbs, Kari Lake (R), and Independent Williams Pounds) and U.S. Senate race (between Mark Kelly (D), and Republican Blake Masters) remain open. At the House level, GPO is predicted to dominate.

California's Democrats and Republicans are focusing on contrasting issues. While the Democratic Party is centering its campaign on abortion issues, the Republican Party is zeroing in on inflation matters. Outspoken Democratic Rep. Mike Levin of the 49th congressional district sees abortion as a fundamental right for women. In contrast, Brian Maryott, his Republican opponent, thinks abortion should be illegal after the first trimester. This back-and-forth is expected to dominate the election period, even at the gubernatorial level, where incumbent Gov. Gavin Newsom (D) is expected to win against state senator Brian Dahle (R). The Democrats will also likely dominate the Senate and House elections.

Florida has seen a rise in the number of Republicans over the last year, increasing the lead over the number of registered Democrats. The difference has risen to 305,590 from the 6,035 noted in November 2021. Gov. Ron DeSantis is expected to win the vote against Democrat Charlie Crist, given the immense support for the Republican Party at the local level. The incumbent also boasts a $100 million campaign war chest as of October 27. Incumbent Senator Marco Rubio (R) will also likely retain his seat.

In Georgia, the Senate race is between incumbent Raphael Warnock (D) and Herschel Walker (R). This is the first time two black men face each other for Georgia's Senate seat. Warnock currently has immense support, especially in the Atlanta metro area, where 30% of the population resides. The Democratic Party's Stacey Abrams also seems to have the upper hand over Republican Brian Kemp in the gubernatorial race. However, the Republicans are expected to outperform the Democrats in the House elections.

Although the state's two U.S. Senate seats are not on the ballot, all 13 House seats are up for grabs, and due to redistricting, most are highly competitive races. Democratic Rep. Elissa Slotikin's battleground seat got slightly easier in redistricting, but the GOP thinks it can oust her with a national tailwind. She's received surprise support from Republican Rep. Liz Cheney (WY).  The 10th Congressional District may be Republicans' best shot to pick up a new Michigan seat in the U.S. House. Popular republican, John James,  is in a tight race with the Democratic nominee, recently retired judge, Carl Marlinga. Marlinga's attacking James for not actually living in the district, but Republicans are firing back, noting Marlinga was the subject of a long-ago criminal probe that ultimately found no wrongdoing. James has a slight lead heading into the election.

A majority of Michigan voters are showing support for Proposal 3 on Reproductive Rights, providing a state constitutional right to reproductive freedom. While the language is relatively broad, the ballot initiative would provide that the state can regulate abortion after fetal viability, except that the state could not ban the use of abortion to "protect the life or physical or mental health of the pregnant individual," as determined by an attending health care professional.

Gov. Kevin Stitt (R) faces stiff competition from Democrat Joy Hofmeister. However, Stitt will probably win owing to his incumbency and the ongoing political realignment in America. The Republican Party is also likely to win the U.S. Senate seat and all the House seats.

Pennsylvania is one of the key swing states that will determine the fate of the Senate. Republican Mehmet Oz is seeking to close a deficit with Democrat John Fetterman in the open-seat race. After their recent debate, Fetterman's health is centerstage and he's lost the majority of the lead he had going into October. Voters will also elect a new governor, with Republican state Sen. Doug Mastriano and Democratic state Attorney General Josh Shapiro vying to succeed Gov. Tom Wolf.

Republican Governor Greg Abbott has his work cut out against Democratic candidate Beto O'Rourke whose political star has lately risen after he ran against Ted Cruz for the U.S. Senate seat four years ago. At the time, O'Rourke was a little-known congressional representative from El Paso. Now, he is much more popular, as shown by the incumbent's constant attacks on his campaign. The issues that matter most to Texans are abortion rights, gun laws, and voting rights. Gov. Greg Abbott will probably retain his seat while the Republicans will also dominate the House elections.

Utah might have an independent member in the United States Senate following the state's only Senate debate in October. Evan McMullin, an independent who also ran for president in 2016, is seen as a strong challenger to the incumbent Mike Lee of the Republican Party. Although McMullin does not see himself aligning with Donald Trump or President Joe Biden if elected Utah Senator, he is largely seen as anti-Donald Trump. Senator Lee, whom Trump has endorsed, sees this campaign as closely contested but fails to see the logic in the people putting blind faith in an "inexperienced" McMullin.

GOP Sen. Ron Johnson is running for a third term — making him the only Republican seeking reelection in a state President Biden won in 2020.